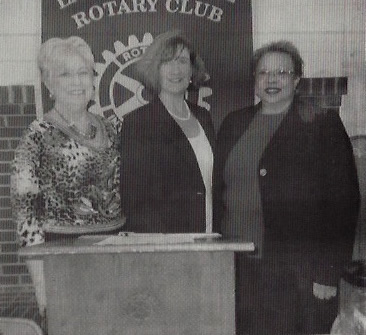 Members of the Alliance include the Counties of Brunswick, Charlotte, Greensville, Lunenburg, Nottoway and Mecklenburg, and the City of Emporia. The alliance plans to deploy its new brand in a variety of ways including presentations at regional board and council meetings and area civic organization meetings like Rotary. Plans also include working with the Virginia Economic Development Partnership. A new website is being developed.

In August 2012 VGA hosted a forum at the Southside Virginia Community College, Christianna Campus, to discuss new resources available to the Southern Virginia communities, including how to encourage the community's unexpected entrepreneurs and emerging leaders and charting out an initial path for how to be involved in assessing the region today and shaping it for tomorrow. Listen to Keynote speaker Beth Doughty, executive director of the Roanoke Regional Partnership, share the benefits and challenges of a coordinated economic development approach that combines regional identity strategies, community building efforts, entrepreneurial approaches, and targeted industrial attraction.

In 2011, Virginia's Growth Alliance was one of the first five projects to receive funding through the Building Collaborative Communities program. This new program promotes regional economic collaboration in economically-distressed areas that stimulate job creation, economic development and provide a significant return on state investment.

"In its first year, Building Collaborative Communities jumpstarted several regional collaborative efforts across the Commonwealth," said Governor McDonnell. "The selected projects focus on and facilitate involvement from the private sector, community organizations and various other regional organizations that can make the collaboration a success."

Building Collaborative Communities, which includes a competitive application process, is a broad-based program that brings to bear resources from a number of state entities, including the Lieutenant Governor's Office, Senior Economic Advisor, Department of Business Assistance, Virginia Tourism Corporation, the Tobacco Commission, Virginia Economic Development Partnership, the Department of Housing and Community Development, the Virginia Community College System and other agencies as appropriate.

The General Services Administration announced on Oct. 4 that it plans to prepare an environmental impact statement that will evaluate the potential effects of establishing a training center near Blackstone, VA, about 160 miles south of Washington, DC, where personnel based at U.S. embassies overseas can be trained.

The new training site, which will be called the Foreign Affairs Security Training Center, or FASTC, will be located on the Virginia Army National Guard's Maneuver Training Center at Fort Pickett and in Pickett Park, both in Nottoway County, VA.

Training for U.S. Government employees will be conducted by the Department of State's Bureau of Diplomatic Security. The training center will provide facilities for instruction in both "hard skills," such as mock urban environments, explosives ranges, driving tracks and firing ranges, and "soft skills," such as classrooms, simulation labs and a fitness center.

The GSA originally evaluated 41 candidate sites for the new FASTC, said a Federal Register notice published on Oct. 4, but eventually determined that "the only potentially suitable location for the proposed FASTC facility" were the sites in Nottoway County. These consist of a 750-acre parcel owned by the County and a 900-acre parcel, known as the "Maneuver Area," located at the Virginia Army National Guard's base.

Microsoft Corp. will invest an additional $150 million to expand their generation data center (Gen4) site in Mecklenburg County. The company will build an additional facility and add 21 MW of electric power capacity to the site. The project will create 10 new jobs. Microsoft's original project in 2010 involved an investment of up to $499 million and 50 new jobs.

Speaking about today's announcement, Governor McDonnell said, "In 2010 I announced Microsoft's plans to establish its most advanced data center in Mecklenburg County, which represented the largest economic investment in Southern Virginia history. Just one year later, the company is making another significant investment to expand the operation site and add electric power capacity. Securing this state-of-the-art data center was an important win for the Commonwealth, and additional growth will further establish Virginia as an Information Technology leader."

"As a crucial corporate partner to Southern Virginia, I congratulate Microsoft Corp. on this additional investment in its Mecklenburg County site," said Jim Cheng, Virginia Secretary of Commerce and Trade. "The company's innovative data center design increases efficiency of operations, and this expansion will enhance the high-tech capabilities already in place as Microsoft continues to grow its operation."

Founded in 1975, Microsoft (Nasdaq "MSFT") is the worldwide leader in software, services and solutions that help people and businesses realize their full potential.

"Microsoft is excited to once again expand its cloud infrastructure and services capacities in Boydton," said Dayne Sampson, corporate vice president, Microsoft's Global Foundation Services group. "We greatly appreciate the work that Virginia's Governor and local officials have done to make the Commonwealth a great place for Microsoft to continue to invest in to enable the best possible delivery of services to our current and future customers."

Microsoft (www.microsoft.com) announced on Friday it will invest an additional $150 million to expand its generation data center site in Mecklenburg County, Virginia, near Boydton.

The expansion will add another data center to the operation site, as well as 21 MW of electric power capacity.

Microsoft first announced in August 2010 that it would invest up to $499 million in the data center, making it the largest investment project in Southern Virginia's history.

Industry experts have speculated that the expansion of the advanced data center site is part of Microsoft's strategy to scale up its cloud computing capacity.

The project will generate 10 new jobs, adding to the 50 new jobs that were created with the construction of the original project.

"As a crucial corporate partner to Southern Virginia, I congratulate Microsoft Corp. on this additional investment in its Mecklenburg County site," said Jim Cheng, Virginia Secretary of Commerce and Trade. "The company's innovative data center design increases efficiency of operations, and this expansion will enhance the high-tech capabilities already in place as Microsoft continues to grow its operation."

Earlier this week, Microsoft held its Hostapaloooza roadshow event in Phoenix, Arizona, where it offered hands-on instruction and access to partners for web hosts that are already using Microsoft Service Provider Licensing Agreement.

from The Web Host Industry Review