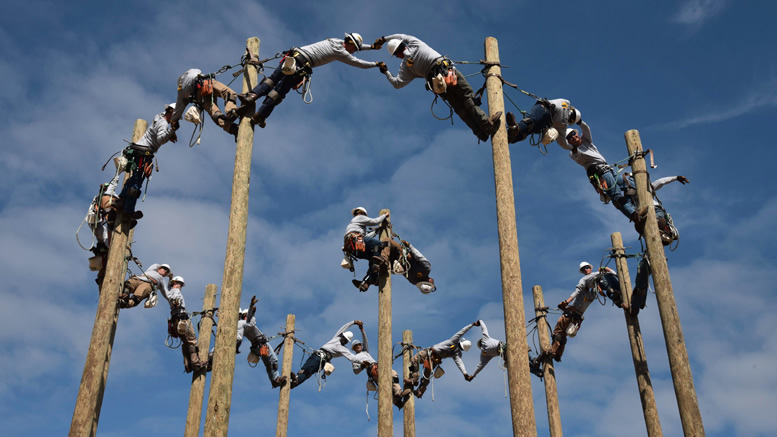 More than 10,000 Virginians have earned workforce credentials to help them attain in-demand jobs and big wage increases, thanks to a state grant program that covers two-thirds of the cost of community college training programs.

The success of the program “has surpassed even our most optimistic expectations,” says Del. Kathy Byron, a member of the Virginia General Assembly, who sponsored the legislation creating the grant program in 2016. “This program is changing lives and transforming our workforce as a result.”

The budget just approved by the Virginia Generally Assembly includes $19 million for the next two years, a 25 percent increase in funding.

Students who earned a credential in manufacturing through the program saw their annual salaries increase from about $37,000 to $48,700, Herndon says. People who earned a certificate in commercial driving saw wages rise from $24,000 to $32,500 on average, and in welding, salaries rose from less than $20,000 to nearly $30,000.

Much of the success of the program is due to “tremendous support from the business community,” Herndon says – from lobbying lawmakers to expand funding to working with colleges to identify training programs leading to in-demand jobs.

Among students who received a grant, the average age is 36, he notes, and most had no previous college experience.

“We’re reaching people we haven’t reached before,” he says. One-fifth of the students in the program had received federal aid through SNAP (Supplemental Nutrition Assistance Program) or TANF (Temporary Assistance for Needy Families) the previous year.

Expansion of the federal Pell Grant program to include non-credit credential programs would be even more helpful, Herndon says, as $1,000 for the student share on average is still out of reach for many. 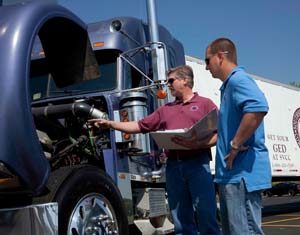 Since the program started at Southside in spring 2017, enrollment in eligible workforce credential programs has increased 30 to 40 percent, he says.

Of the 130 students who completed a training program for powerline workers, 118 benefited from the credential grants, meaning their cost was just $4,200 for the 11-week, full-time program, Harkins says.

Students who completed that program earned credentials from the National Center for Construction Education and Research, covering safe climbing techniques, a commercial driver’s license, certificates in basic traffic control, OSHA 10, CPR and chainsaw safety, as well as a powerline certificate.

The college puts together an array of federal and other funding assistance to help students cover their one-third share of the tuition, and some companies pay students’ entire costs entirely.

Southside’s precision-machining program is operated in partnership with the Fort Lee Army base, with the goal of training soldiers transitioning to civilian life, Harkin adds. There are plenty of manufacturing jobs in the region at companies who supply defense contractors for which veterans are particularly in demand.

MECC created a 15-week lineman training program in order to take advantage of the state grant program and help students qualify for jobs with utility companies. Of the 15 students in the first cohort, 14 earned all eight industry-recognized certifications in the program, Westover says. The students are a mix of recent high school graduates, laid-off coal miners and people who were not in the workforce.

The college is also using the state grants for programs that provide training for certified assistants in nursing, respiratory therapy and phlebotomy.

MECC is the only college in the Virginia system that tripled the number of people in its industry-recognized credential programs since the state grant program started, Westover says.

The number of students in credit-bearing, full-time programs actually declined during that period, however, as students found non-credit programs became less expensive, she notes. “Some of those programs are a better fit for our students.”

“We’re looking to train people for existing jobs in other industries and also to educate people for jobs of the future,” Westover continues. The college is working with business groups in the region to create a hub for the drone industry and attract entrepreneurs in such areas as cybersecurity and alternative energy.

“We’re trying to help people understand how attaining an education can help people combat automation,” she says. So even if powerline workers are one day replaced by drones, they will have transferable skills and will be “robot proof.”

The path to success

“We could have served many more if the funding hadn’t run out,” says Elizabeth Creamer, vice president for workforce development and credential attainment at CCWA.

Also in demand at CCWA is a Virginia education program that allows adults with a bachelor’s degree and five years of work experience to earn a teaching credential. That program aims to fill hard-to-staff teaching positions in such areas as science, technology, special education and career and technical education.

CCWA is working with Petersburg High School and the Richmond Technical Center, operated by the Richmond K-12 school system, to incorporate GED preparation into some certificate programs.

If a student has significant financial needs, CCWA helps them find scholarships or other funds to cover their third of the cost, Creamer says.

These programs have flexible scheduling. Some are at night or weekends to serve people working full-time; some are four days a week to meet the needs of adults who have been laid off and need jobs as soon as possible; and others are paced for single mothers.

“The idea is to provide an alternative route to success,” Creamer says.