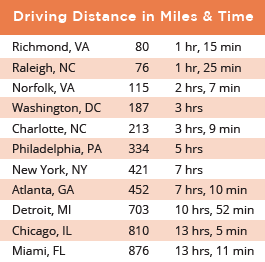 Virginia's Growth Alliance boasts a superior transportation network and a central position along the eastern seaboard of the United States.

With close proximity to several major metropolitan areas, we're also within a day's drive of almost two-thirds of the US population.

An outstanding road network provides convenient access to port and air services, so any market – whether national or international – is within easy reach.

Note: The accompanying Driving Distance chart is based on distance from the town of South Hill. Distances from other communities in VGA will vary. 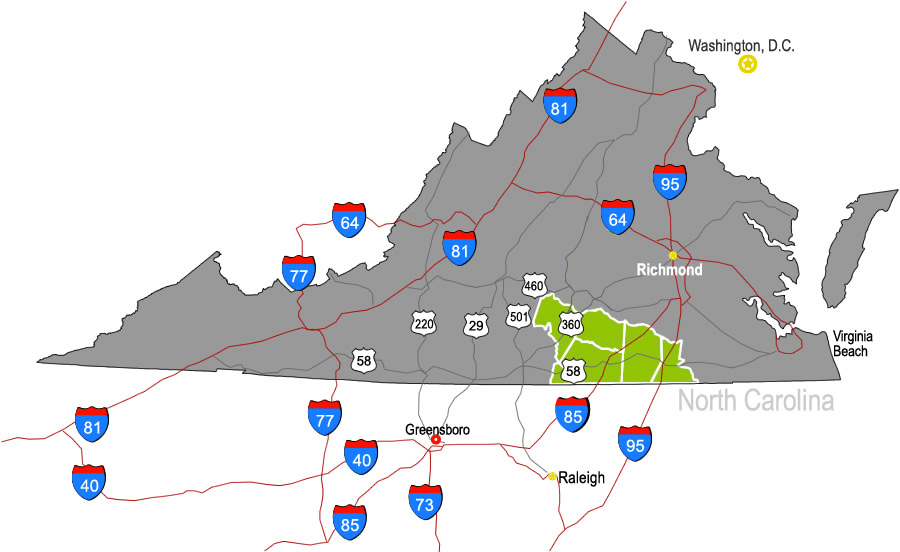 US Highway 58 is an east-west corridor that provides access to the Port of Virginia to the east and Virginia's mountains to the west.

US Highway 360 runs from Danville through South Boston to Richmond, and continues to the eastern Northern Neck. 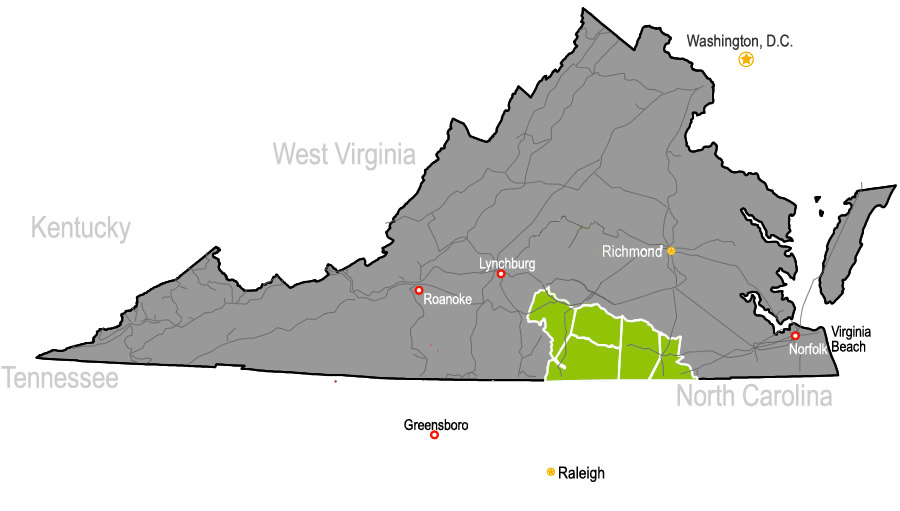 CSX provides rail service to the region and has 21,000 miles of track, access to 70 ports, and nationwide transloading and distribution services. VGA's MAMaC megasite offers direct access to the CSX main line via an on-site rail spur. 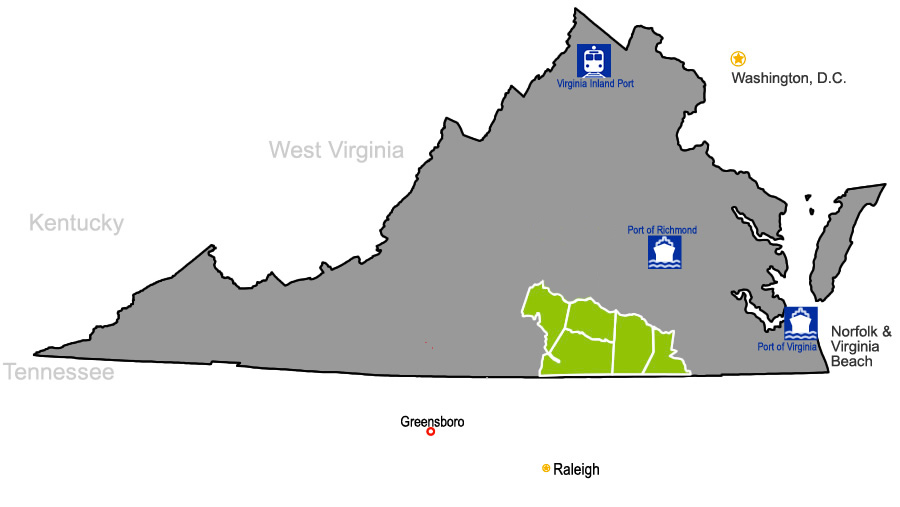 The Port of Virginia, the third largest container port on the US East Coast, is about an hour East and easily accessible via road or rail

The Port of Richmond is multimodal freight and distribution center located about 60 miles north along interstate I-95. 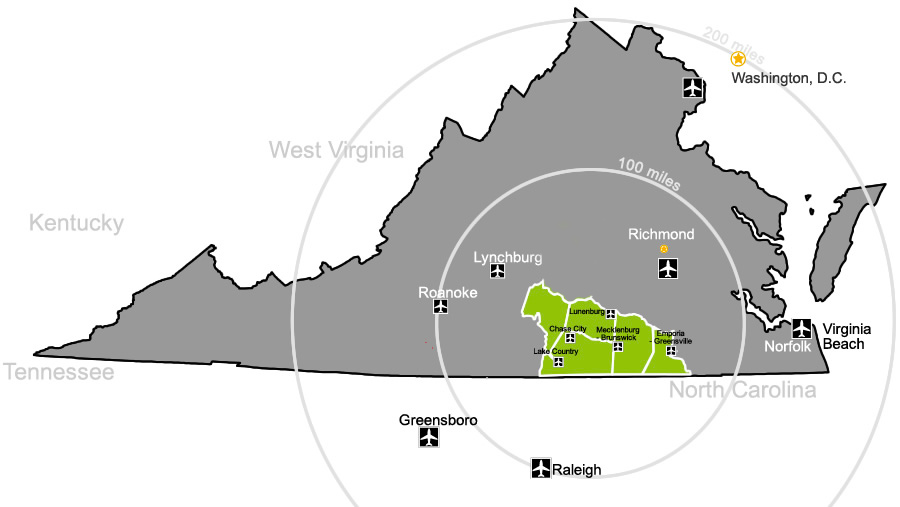 Richmond International Airport is about an hour away and provides both passenger and cargo services:

Raleigh-Durham International Airport is about 70 minutes away: